God is Great at Connecting the Dots 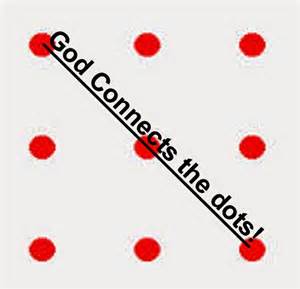 Jesse and Jessica Phillips have not even reached their mid twenties. They have been married less than three years. Yet they have set out on an adventure that has taken them far away from their New Sharon, Iowa home.  They are now missionaries in Africa.

Many people feel a passion for Jesus at a young age, a burning in their hearts and they say, “Jesus, I’ll do anything for you; just don’t call me to be a missionary in Africa.”

Jessica was just the opposite. She had Africa placed on her heart at a very young age and when she met Jesse, his desire to serve God meshed with hers and this passion grew into reality. Jesse gave up a full college scholarship in electrical engineering and his career in residential electrical work to step into ministry.

After a couple of trips to Liberia to test the waters, Jessica and Jesse set up a non-profit, “For the Lamb,” (www.4thelamb.wordpress.com) and they are now ministering in Liberia full-time.

Jesse and Jessica believe in sustainable ministry.  They seek to teach Liberians how to be self-sufficient.  They see collaboration as a positive thing, reaching out across denominational lines and races, seeking a diversity of partners who share a common vision for the people of Liberia.

They have teamed up with Apostle David Snylder, a minister in the Charismatic Episcopal Church, and founder of Christian Alliance for Missions and Church Planting (CAFMACP).

CAFMACP was given a 50-acre plot of land in Bomi County, Liberia where they plan to 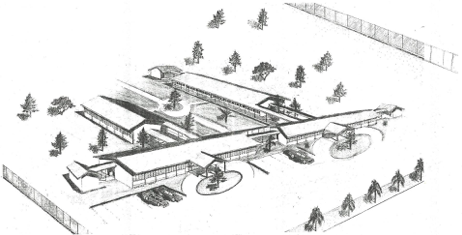 Plans for the 1000-Student School in Bomi County

build a K-12 school for 1000 unschooled children in the area, a child rescue village, medical center, ministry training center, and agriculture center where Liberians and people from all over the world can be trained, equipped, and sent into Liberia and the rest of Africa.

They are also working with Change Agent Network (CAN), which has built over 20 self-sustaining schools in Liberia.  CAN has agreed to provide their expertise on building and providing teachers and administrators for the Beulah K-12 school.

For the Lamb has agreed to raise the funding for the first building and startup costs.   The first $25,000 phase is set to begin in December of 2016.

In discussing their plans for their project, Jesse and Jessica had a “connecting-the-dots” conversation with Earl Ratcliff, the Board President of S.W.I.M., an international ministry that makes hand-held chlorine producing units to make safe drinking water.

Earl lives in their hometown of New Sharron. Two years ago, he went to Haiti to see Dwell Earth demonstrate their newest product, the BP714 Earth Block Press. He went at the invitation of fellow board member Terry Butler, who at that time was the Director of Operations with the Vermeer Corporation, builder of the BP714.

While there, Earl met Larry Stanton, the maintenance supervisor for Ricks Institute. Earl was sent there by the Bricks for Ricks Foundation, of which I am the founder, to learn to run the machine and build with earth block.

Larry and his wife Becky, American Baptist missionaries, had only been in Liberia about seven months when Ebola hit the country.  They were reassigned to Hungary, where they remain as an important presence among Syrian refugees that have poured into the country.

We hosted Jesse, Jessica, and David in our home

Earl later told Jesse about the Vermeer BP714 Earth Block Press and suggested he research it as a viable alternative to the poor and expensive building materials used in Liberia. Having met Larry, he also told him he thought there was a machine at Ricks Institute.

Jesse phoned Dr. Menjay.  Dr. Menjay confirmed they had a machine.  He confirmed that it was not in use as Larry had to leave and they had no one to operate it. Since the Bricks for Ricks Foundation paid for the machine, Dr. Menjay referred Jesse to me.

In April, the foundation assisted Jesse, Jessica, and David as they traveled to Texas, where David and Jesse were trained by Dwell Earth in running the BP714 Block Press, now manufactured by a company in Dallas.  They were certified in machine operation, making earth block, soil testing, and they received a basic course in construction.

Believing the machine will benefit their ministry more than his, Dr. Menjay decided to release the machine to For the Lamb, exemplifying the motto of

David being trained to operate the BP714 Earth Block Press

Ricks, “Not for Self, but for Others.” The machine will cut the cost of their project by one-third and deliver a superior product.

Ebola got in the way of Larry completing his mission in Liberia, but God found a way to connect him to Earl Ratcliff, who knew Terry Butler, who worked at Vermeer in Pella, Iowa, only ten miles from Jesse and Jessica’s home.

The machine Ricks is passing on to For the Lamb is the first machine Vermeer ever sold. Terry Butler came to Jefferson when it was delivered.   Now that same machine, which was built less than ten miles from where Jesse and Jessica finished high school will be used to build a school in Bomi County where they minister.

(Use the “Donate Button” to contribute to great projects like these through the Bricks for Ricks Foundation).