150th Anniversary Sermon: The Keys to Our Future 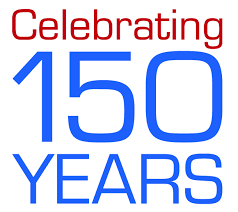 During the civil war, Jackson County lost 40 men and 36 came home physically wounded. What we now know about war is that many more came home psychologically damaged.

Our country was scarred from a battle that lasted four years as we turned on each other, killing 700,000 of our own people.

Theologically, the North and the South saw God as being on each other’s side. Each side believed the Bible supported its position.

Our own Southern Baptist Convention was created in Augusta 16 years before the war began, separating from Northern Baptists over the issue of slavery.

A year after the war ended in 1865, this church was founded. Healing from this war took a long time and so did our understanding of how we should relate to people of color.

Following the Jim Crow law era, blacks and whites argued over where blacks could sit on a bus, use the restroom, eat a meal, go to school, or even go to church as black fought for equal rights.

Whites told the same people who worked for them, kept their children, and were entrusted with important details of their lives, that they could not vote or have any say in the direction of our nation, even though they had and were sweating to help create it. Americans struggled with the issue of civil rights. Blacks and whites, for the most part, saw God as being on their side.

This same feeling carried over into another theologically divisive issue among Baptists that was launched in 1979 when a group of fundamentalist Baptists came together and declared that the Southern Baptist Convention was too liberal. So they launched a takeover of the Convention that eventually led to the firing or resignation of all the seminary presidents, the firing or replacements of nearly all the seminary professors, and the replacements of all heads of our boards, agencies, and trustees.

This eventually led to a new set of beliefs being crafted called the “2000 Baptist Faith and Message.” Out of this fundamentalist shift, the Cooperative Baptist Fellowship was formed as well as new Baptist seminaries. This church chose to continue to abide by the “1963 Baptist Faith and Message” as our faith statement and be dually aligned with both mission agencies. As we see in all schisms, both groups believed God was on their side.

It is interesting isn’t it, as we look back over history to see how people on both sides of conflict believed that God was on their side.

If we believe God is on our side and that we are defending the faith, it helps relieve some of our guilt when we are wounding and hurting others and even killing each other, but it also makes it more difficult to eventually hear the word of the Lord when we believe we are infallible or that our interpretation of scripture is infallible.

Jesus had chosen his disciples and he had been talking a lot about the kingdom of heaven, but apparently what he’d said had not sunk in. The mother of the Zebedee brothers found her opportunity to ask Jesus a for a favor: “Give your word that these two sons of mine will be awarded the highest places of honor in your kingdom, one at your right hand and one at your left hand.” (Matthew 20: 21)

She wanted her sons to have power.

Jesus told her she had no idea what she was asking. He asked James and John if they were capable of drinking the cup he was about to drink. With arrogance they said with assurance that they were.

When the other disciples found out about the conversation, it made them angry. Why? Competition, jealousy, and a thirst for power are among the reasons.

Then Jesus said: “You’ve observed how godless rulers throw their weight around, how quickly a little power goes to their heads. It’s not going to be that way with you. Whoever wants to be great must become a servant. Whoever wants to be first among you must be your slave. That is what the Son of Man has done: He came to serve, not be served—and then to give away his life in exchange for the many who are held hostage.” (24-28).

Local churches like ours cannot exist for 150 years without a steady flow of these kinds of people, people who keep us pointed to Jesus and help us understand what a servant leader looks like, people who inspire the next generation to be better than the one before it. Their names are on the tips of your tongues.

In spite of our history that divided a nation, that divided communities, and that divided a denomination, the heroes of our faith have been our church teachers, our church leaders, those who prayed with us when we were sick and when we grieved; those who taught us the Bible; those who introduced us to the servant qualities of Jesus; those who modeled a life of quiet service without any desire for recognition; those who took care of the widows and the shut-ins; those generous with their time and money; those who extended love to people regardless of color or economic status.

How are you doing church? What kind of impact are you having right now? The next generation is watching.  They are watching you and they are learning more from your examples than from what you are telling them.

Bill Wilson tells the story of Bill Chappell, the highly successful retired football coach of the Dalton High School Catamounts. His teams amassed a winning record for nearly sixty consecutive seasons. Not only was Bill a winner, but he is a person of strong character and integrity.

One day, at a preseason dinner appearance, Bill was asked, “What kind of team are we going to have this year?”

He thought for a moment and replied: “Ask me in 20 years.”

Thinking that the coach had not understood the question, the fan asked his question again, with more passion.

Bill calmly responded with the same words: “Ask me in 20 years.”

Exasperated, the fan raised his voice and asked more ardently, “Coach, what is the team going to be like this year?!?”

Bill responded: “Look, I know what you are asking, but what you are asking is the wrong question. We’ll have a fair football team, but we won’t really know what kind of team this is until 20 years have passed. You see, we are about building character in young men, and we won’t know how that turns out for at least 20 years.” http://chchurches.org/20-year-test/

Will our children learn that it’s not about whether God is on our side, but whether they are on God’s side, “loving the Lord your God with all your heart, soul, mind and strength?”

These are the keys to the future.

In about 20 years, we will know whether we’ve done a good job modeling and teaching these things. I want to challenge you church to step up so that we don’t miss our window of opportunity.   As the church beings to lose people at an alarming rate, the kingdom of God is at stake and our children can make all the difference, that that must begin with  you and me.

As Joshua challenged the children of Israel to serve I pray now that all of you will serve with sincerity and faithfulness. Let us be challenged today to serve the Lord as we move into another chapter of our church’s history.  We ask God to transform us by His love so we might serve each other, the world around us, and the world beyond us.   We are inspired by Joshua’s challenge to the People of Israel, and commit ourselves anew to serving You Lord, on this our 150th anniversary with this pledge: “As for me and my house, we will serve the Lord.” Amen.