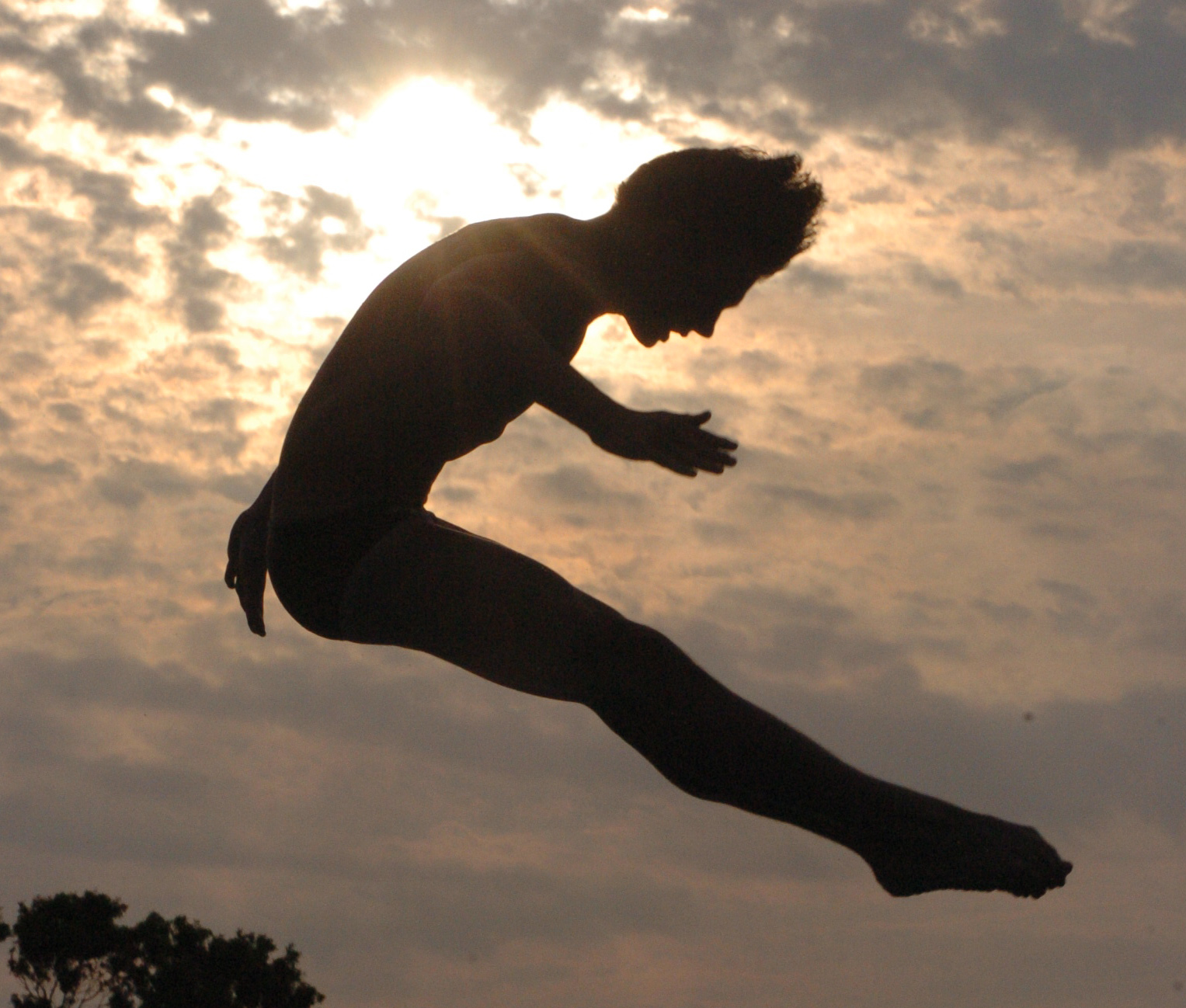 On November 13, 1789, Benjamin Franklin wrote a letter to French scientist Jean-Baptiste Leroy in which he said, “Our new Constitution is now established, everything seems to promise it will be durable; but, in this world, nothing is certain except death and taxes.”1

On the world stage, it’s uncertain if Russian President Putin is going to behave himself and allow countries that border him to maintain their autonomy and independence.

Nationally, could we be certain that the House and Senate was going to pass the 1.1 trillion dollar spending bill and keep the government open?

On the home front, if you have children, are you ever such a good parent that you are always certain that you make all the correct decisions for them?

If you have a retirement plan, are you certain it will it be enough to sustain you in your older years or in the absence of one that your savings and Social Security will pay the bills?

Even if you’ve been good all year, can you be certain that Santa is going to bring you what you want for Christmas?

There’s a lot of uncertainty in this world, but it’s always been that way.

Eight hundred years before the birth of Jesus, times were uncertain. The prophet Isaiah lived during uncertain times. He is the writer of chapters 1-39 of the book that bears his name. He was a prophet to the Northern kingdom of Israel and Southern kingdom of Judah.

The Assyrians invaded the Northern kingdom and carried away many of its citizens into captivity, leaving the Southern Kingdom of Judah to fend for themselves against other nations who saw them as a group ripe for plunder.

Even though the Northern Kingdom had been devastated, they did not turn to God.

The Southern Kingdom felt especially smug because the temple was in Jerusalem and they believed God resided there giving them divine protection. They were certain God wouldn’t allow anything bad to happen to them. So, uncertainty isn’t always a bad thing. Sometimes, our certainty is what gets us into trouble.

Because they were certain there was nothing wrong with the way they were living, they actually rebelled against God. Rebellion produces an uncertainty that leads to chaos.

Their rebellion created a darkness within our world that made for uncertainty.

When I get up in the middle of the night, I don’t like to cut on any lights. They wake up my brain and I don’t want to wake up my wife. Even though I know my house plan well, I must look like a tiny Frankenstein as I extend my arms in the dark, uncertain how far I am from a door, which may or may not be open. But that uncertainty keeps me from getting hurt.

On those times when I’ve been arrogant to just walk into the darkness, certain of my path, I’ve walked right into a closed door, caught the edge of an open door, or stubbed a toe on the corner of a chair.

In Isaiah’s day, the people would not allow the light of God to shine either. Harvesters had to spend the night in the fields lest someone come and steal their crops. The Law made stipulations so that those with food would take care of orphans and widows but they were being abandoned. The rich were taking the land of the poor because of their greed. Isaiah warned the people of judgment if they didn’t turn to God. In fact, he said they could be certain of judgment if they didn’t repent.

Isaiah challenged Ahaz, king of Judah, the Southern Kingdom, that his kingdom would be stripped of almost everything if he fled to the Assyrians for help instead of God. He could be certain of it, but Ahaz rebelled.

Instead, Ahaz reached out to the Assyrians in hopes that befriending them he would avoid the same faith as the Northern Kingdom. He ignored the advice of Isaiah.

While he saved his throne and temporarily averted the fate of the Northern Kingdom, he had to pay homage to Assyrian deities. Part of God’s Temple in Jerusalem was turned into a shrine to the Assyrian god Asshur! So the nation remained captive to Assyria throughout the reign of Ahaz.

Ahaz learned the hard way that whatever we trust in place of God will end up controlling us or destroying us. We can be certain of that. That is a lesson that transcends time.

All of us have been burned by people who promised us things that they did not deliver.  The Apostle Paul noticed that people of his day were promising things they could not deliver.  He called them “super-apostles.” He said that such people were “false apostles, deceitful workers, masquerading as apostles of Christ.

And no wonder,” he says, “for Satan himself masquerades as an angel of light. It is not surprising, then, if his servants also masquerade as servants of righteousness. Their end will be what their actions deserve” (2 Cor 11:12-15).

That’s an incredible statement—“that Satan himself masquerades as an angel of light. “

Last night Tina and I were in Atlanta at the Georgia Dome watching Colquitt County play for the State Championship. A young man dropped a ticket on the ground so we got his attention to tell him he’d dropped a ticket. He said, “It’s no good. It’s a fake. I bought it from someone from Atlanta. I should have known better than to purchase a ticket from someone from Atlanta.” The ticket looked like the real thing but when you went to scan it, the scanner wouldn’t take it.

That’s what Satan offers. We think it’s foolproof. We are certain we cannot lose. It doesn’t look like a dark dungeon. It has bright flashing lights! It looks beautiful. How can something so beautiful be so wrong? Why would anyone promise something if he didn’t mean it?

In the midst of the uncertain leadership of King Ahaz, Isaiah wanted to give the people and us a message of hope and certainty. He preached about sin and judgment of sin. This was balanced by messianic passages (Isaiah 9) where he promised that the darkness created by sin was going to be permeated by a great light.

He said that a great leader from God was coming, a leader who would be called Wonderful, Counselor, Mighty God, Everlasting Father, Prince of Peace.

Within the biblical text, these titles are all capitalized. Isaiah wants us to know that this leader would be divine.

There has been great debate among scholars as to whether Isaiah was saying to the exiles of the Northern Kingdom and to people of the Southern Kingdom of Judah that this Messiah was coming to them or to some group in the future.

For those Isaiah prophesied to, some were looking for that king to be born soon, like tomorrow, next week, next month, next year. They wanted something to help them with their immediate darkness.

Waiting isn’t a strong point for most of us. We want that light to come today.

Advent is that season where we speak of the certainty of God’s light entering a dark world through the birth of a child, just as Isaiah announced. We want that light to permeate every bit of darkness until there is no more. While Jesus is the light of the world, sometimes God still says, “Wait.” Not all the darkness of this world has been pushed out or will be until we are joined by Jesus in the Second Coming.

Advent is a season. Although we don’t know the actual date of Jesus’ birth, we celebrate an actual birthdate on December 25. The waiting during Advent is a discipline that reminds us that the light has come, but waiting for darkness to be completely gone is an ongoing thing.

When Jesus was born and laid in a manger 2000 years ago, it wasn’t long before people saw the fulfillment of Isaiah’s prophecy in this child.

What this child came to do was to tell us that the chief reason for darkness in the world is spiritual.

Much like the days of Isaiah, the people of Jesus’ day, while still worshipping God, couldn’t see the light because of their own rebellion.

God wants each of us to examine our own lives and find where we are rebelling against the Lord.

Rebellion is a strong word, but if we refuse to yield to God’s ways and directions, that’s rebellion which creates uncertainty. We think it creates certainty because it places us in control.

What creates certainty is faith because we are certain that God knows the way and that He will guide us where He wants us to go.

For this reason, when I introduce people to faith in Jesus, I always share with them Ephesians 1:13-14: “And you also were included in Christ when you heard the message of truth, the gospel of your salvation. When you believed, you were marked in him with a seal, the promised Holy Spirit, who is a deposit guaranteeing our inheritance until the redemption of those who are God’s possession—to the praise of his glory.” (NIV)

When we believe, God places the Holy Spirit into our lives and this is our guarantee that we belong to Him.

The angel said, “The virgin will conceive and give birth to a son, and they will call him Immanuel,(which means ‘God with us’).

Is God with you?

The same God who came in the form of the Christ Child wants to be present in your life both now and for eternity.

Do you have that certainty in your life? Are you certain that Jesus has saved you from the rebellion of your sin? Are you living your life in such a way that others know that you are passionately following Jesus? If you are not certain of these things, God wants to bring the light of his son Jesus into your world today if you will allow Him. Simply pray a prayer like this.

Prayer: God, I admit to you that I’ve excluded you from my life. I tend to make all my decisions without consulting you. While I’ve never thought of this as rebellious, I now know that I’ve assumed the position in my life that you demand. I repent of my arrogance and I concede ownership of my life to you. I want to be certain of the chance to be with you in heaven for eternity and I want to be certain that you are guiding me daily so that I can impact others and help them be certain of their salvation and chance for an abundant life with you. So help me to clearly see through any people who misrepresent your truth and help me to see the light and be the light to others.